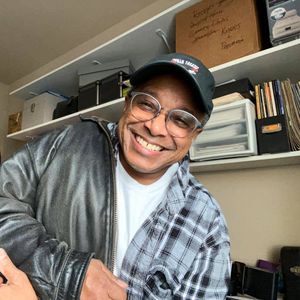 "Clif is a lush tenor with soaring melismas in his individual passages." Don Heckman, Los Angeles Times
Clif has opened in concert for Tony Bennett, Johnny Mathis, Dionne Warwick and has performed with Freda Payne, Evelyn "Champagne" King and Ledisi.

"Clif conveys feelings and emotions. He's able to convey in those who listen to his music the emotions that he has experienced. The magic of a true artist is precisely to convey their emotions through music, and Clif manages to do this in a very special way!  Charm, class, refinement and perfect arrangements make Clif Payne an artist truly complete!"    Angelo Petruzzi, Founder/Radio Indie International

"I love what Clif does. He will definitely make you feel the love!"
Pete Turner/Break It Down Show

THE VOICE OF SILK & SOUL
Harlem-born and classically trained, Clif has one of the most beautiful voices in music today. How it all began, Clif reminisces:
"One evening I was walking down the street looking for any club with a band that would let me “sit in” with them. I found this club named Erle’s Solano Club in Albany, CA, just outside of Berkeley. Looking through the front window, I saw a thin African American man singing with a band. He was really good. So, I walked in and when the band took a break, I walked up to the singer and asked if I could sit in. He asked me, 'Are you good?' I replied, 'Yes, I'm good.' He asked again, 'But are you real good?'
I replied, 'Yeah, I’m real good!' 'Ok I’m gonna call you up during the next set' he replied. Well, I sat in with him on that next set and he was impressed enough to feature me as his guest soloist on his next 2 concerts. By the way, the singer’s name was Bobby McFerrin and I had no idea he was months away from becoming an international jazz sensation."

IN PERFORMANCE . . .
Clif demonstrates a passion and mastery of song interpretation spanning the genres of jazz, R&B, pop, folk and gospel. His connection to the audience is captivating and mesmerizing, having performed at various venues including LA's Jazz Bakery, Herb Alpert's Vibrato Grill Jazz, San Francisco's Great American Music Hall, Yoshi's Oakland, CA and the Gallo Center For The Performing Arts.

IN THE STUDIO
After years of singing on commercials (Chevrolet, Manwich, Delta Dental, Molson Beer), voiceovers and various artist albums, Clif released his first solo albums, Welcome To My World in 2016 and TOO in 2018. Both albums were a tribute to the classic R&B stylings of the 1980s & '90s and featured the legendary vocalist Freda Payne in duet with Clif. Welcome To My World featured their #1 U.K. R&B hit "No Payne, No Gain."

LEGACY
Clif was born into a family of singers, musicians and preachers. The first song he remembers hearing on his minister grandfather's radio was The Platters version of "Smoke Gets In Your Eyes" at age 5. Clif's first vocal solo was "Steal Away To Jesus," sung at his grandfather's church at age 12. But it was hearing Donny Hathaway's version of John Lennon's "Jealous Guy" years later that began 18-year-old Clif's love affair with singing as a career and art form.

Clif is the son of James "Buddy" Payne, reedsman with the Lionel Hampton, Lucky Millinder, Cozy Cole and Fletcher Henderson bands of the Harlem jazz and R&B scene of the 1930s-1950s. While in Harlem the Payne's lived within walking distance of the Apollo Theater. James was a regular in the Apollo Theater bands. Clif's mother, Aline, taught by Tuskegee Alabama famed educators James Weldon Johnson and William Dawson, was an ensemble vocalist who once backed Nat “King” Cole. James was in Coles' accompanying band for the Tuskegee concert, and it's how Clif's Mom and Dad met! The Payne family lived in an apartment on St. Nicholas Avenue on Sugar Hill in Harlem. Duke Ellington lived on the floor above the Payne family, and Clif's Mom would tell her recollections of "just happening to be in the lobby" when Duke would pass through. (courtesy LinkedIn, https://en.wikipedia.org/wiki/Clif_Payne)